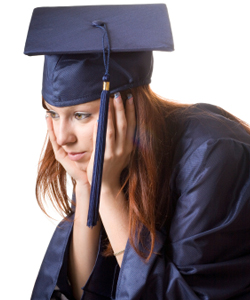 I just read the commencement speech given by David McCullough Jr. at Wellesley High School (Wellesley, Massachusetts) titled “You’re Not Special”. I was surprised by the title and found it hard to believe that a speaker would tell students at their high school graduation that they aren’t special after completing four years of hard work. However, after reading the entire speech, I realized that there was a lot of logic in what he was saying. McCullough told students that they’re not special because everyone is special, and if everyone is special, one individual can’t be special. Although it makes sense, I must admit that it’s tough on the ears.

Like most commencement speeches, this speech was long. I haven’t heard many other speeches, but this one sounded realistic as opposed to being a typical motivational speech. The speaker didn’t tell students that things were going to be great, or that they should go wherever the money is. Instead, McCullough told students that they should be involved in something they love and believe in. Another great piece of advice he gave is that you can’t wait for things to come to you. You can’t wait for luck to be on your side or have whatever it is that you are asking for handed to you on a silver platter. Rather, you need to go out and work for it.

I cannot stress how true this is. A lot of people like to wait for things to come to them, but that’s not how things work. I think that yes, coincidences do happen, so you may get an amazing opportunity without looking for it, but perhaps, it’s not a mere coincidence and you did something that led to that. If you don’t think so, then I’m sure you’ll agree that after you get the opportunity, even if it really does seem to just land on your lap, you have to work hard to maintain it. If not, then you probably had a powerful connection in the company or organization all along, and you can’t really take credit for what you seem to be accomplishing.

Again, I feel that McCullough’s speech was realistic, but it wasn’t the happiest of speeches -that’s for sure. It may have put down some people in the beginning, but in the end, the graduating class probably understood everything that was said and why it was said. This speech was very relevant to life; sometimes we see and/or experience things and don’t understand their meaning until later.

As a high school graduate and a senior in college, I want to congratulate the class of 2012 for making it through the past four years and completing this chapter in your life. I wish you the best of luck on whatever it is that you plan on doing. Like McCullough said, if you want something, go and get it; don’t wait around for it because coincidences rarely happen. Now go ahead and start writing the next chapter.