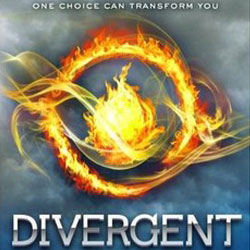 While I was in Florida with my family I saw Divergent, a new action film holding one of the top box office spots for the third weekend in a row. The movie is based on Veronica Roth’s bestselling young adult novel about a dystopian post-apocalyptic society that is divided into five factions based on human virtues: Abnegation (selfless), Amity (peaceful), Candor (truthful), Erudite (intelligent) and Dauntless (brave).

At the age of 16, all teens within the society are required to take an aptitude test to determine which faction best reflects their true identity. Beatrice Prior, later known as Tris, grew up with her family in Abnegation but after learning she is divergent, meaning she doesn’t identify with just one faction, chooses to join Dauntless. She must learn how to fight, shoot a gun, jump from moving trains, throw knives, and control her mind, all while competing with the other initiates in a demanding ranking system. This is a story about self-determination, betrayal, romance, war, and the importance of individual choice. Although the movie hasn’t been getting the greatest reviews by critics, I think it’s a wonderful story that captures important themes that are relevant to our culture while still entertaining its audience.

The film dives into the theme of identity and how people cannot be placed into one category. Throughout the movie, Tris struggles to come to terms with being divergent, knowing none of the factions will truly define her as they do for others. She develops her own identity through her relationships with her family and friends and the choices she is forced to make when faced with adversity both during her initiation to Dauntless and the looming war within her society.

The story illustrates the importance of embracing your identity, accepting that you may not fit into just one category, and forming your own path through the actions you take and the choices you make. Divergent does a great job dramatizing an issue that all teens deal with, “individualism”. Defining yourself based on your own ideas and not the ideas of your parents, your friends, or society, is an important take away message that is relevant to everyone at all ages but especially pertinent to teens as they begin to forge their own paths in life.

When forming your own identity, one must be brave, dauntless. As Tris tests her limits while training to be Dauntless, she learns that it’s not important to be fearless, but rather to control your fears and respond to those fears. Four, Tris’ trainer and friend, tells her that “Becoming fearless isn’t the point. That’s impossible. It’s learning how to control your fear and how to be free from it”. We are not expected to be fearless in our lives but we can learn how to respond to our fears. Tris comes to realize that courage does not come from winning a fight or getting a tattoo, it’s about facing your fears and standing up for what you believe in through ordinary acts of bravery. One of my favorite quotes from the film sums this up pretty well: “Fear doesn’t shut you down; it wakes you up”. Don’t let someone or something stand in your way of achieving your goals and forming your own identity.