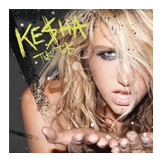 If you haven’t already heard pop artist Ke$ha’s new song “Tik Tok”, it probably won’t be too long before you do. My guess is that if this song isn’t already number one, it’s bound to get there soon. I hear this song about 5 times in a thirty minute car ride, so there’s no wonder that this song fills our eardrums on a day-to-day basis.

Why so popular you ask? In my opinion, the media loves controversy, and “Tik Tok” may be as controversial as it gets with lyrics such as: “before I leave, I brush my teeth with a bottle of Jack”. Even though I think some of the words are inappropriate, sometimes I can’t help but sing the catchy lyrics. But what if you heard your younger brother or sister singing them…would that be okay?

While riding in the car a few days ago, my 4 year old cousin started saying how she was going to get “tipsy”. When I asked her where she got it, she said “I got it from Ke$ha”. So my question is; if it isn’t okay for family members to use inappropriate language around kids, why is it okay for recording artists? It may be true that the song is aimed for mature audiences only, but it’s also true that kids are bound to hear it one way or another. If you worry about your younger siblings, try your best not to let them listen to songs with questionable lyrics, and try not to sing songs such as “Tik-Tok” when you’re around them, because chances are they’ll want to sing along too.

Click here to view the lyrics to “Tik Tok” and form your own opinion about this controversial song.