Ringing in the New Year! 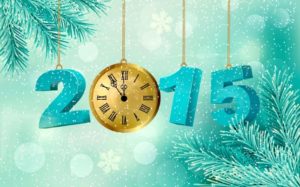 Everyone seems to be swept up in the flurry of the holiday season and sooner than we know it 2015 will be knocking on our door! But, before that happens, we have to give this past year its proper due, right? After all we had Pharrell’s “Happy” competing with the Frozen soundtrack on every radio station. Our own royal wedding between Kim and Kanye. Everyone’s ugly-cry while watching The Fault in Our Stars. The list goes on and on. Regardless of the many memorable moments of 2014 one thing will always happen year after year: the New Year’s Eve celebration!

For most people this means gathering around with friends and family waiting for the count-down to begin and the ball to drop. In line with the many holidays that precede New Year’s it means lots of delicious food—and often times alcohol. Many of you reading this post are probably under the legal drinking age (which is 21) and should think of all the consequences that come from drinking alcohol as a minor. However, it would be unrealistic to say the temptation to drink on New Year’s Eve isn’t there and likewise it’s best to be prepared!

Now the easiest way to have a happy and safe New Year’s Eve is to avoid parties that involve alcohol altogether. Football fans have 6 college bowls to choose from starting at noon on New Year’s Eve. Those who like to cook can spend the day baking holiday treats in preparation for an evening of watching movies and fireworks. That being said, if you find yourself at a party where others are drinking keep a few things in mind: it’s always ok to turn down a drink. Nobody will notice if you have a coke in that cup instead of a beer. If you are drinking have a plan set in place to keep you safe—that means limit yourself and know when you need to leave the party before you run the risk of getting drunk and A) doing something embarrassing or stupid or B) getting alcohol poisoning and ending up in the hospital. This means make sure you have a responsible and sober method of getting home! We all know that one of the worst times to be on the road is New Year’s because of drunk drivers.

Try to bring this up with your parents and think of a plan together. Some families have agreed that a parent will pick up a teen with no questions asked during that car ride if it means the teen gets home safely. If having this conversation with a parent is difficult remember there are other ways to reach out in the moment. If you get in an uncomfortable situation, call your parent and ask that they pick you up because you’re not feeling well—simple and safe.

Keep in mind that you can play a role in preventing drunk driving other than vowing not to drive after you had a drink. A study showed that 94% of teen drivers said they would stop driving under the influence if asked by their passengers (SADD, 2010). You can be a life-saving friend by simply asking that your friends stay safe this New Year’s Eve too!

With all this in mind, have a very happy, safe holiday & see you next year!